Posted on July 9, 2014 by trickaftertrick 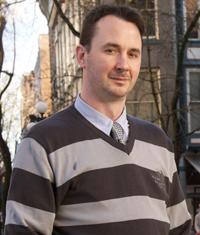 Chris is a research associate at the University of Victoria in British Columbia, Canada.

Chris regards himself as an expert in this area (elephant in the room) and puts himself forward as such to the media and policy makers.

Chris’ goal is to create a community identity for johns to convince the public that they are a richly diverse yet impossible-to-define tapestry of nice complex gentlemen. A community that absolutely MUST be consulted about prostitution law and policy.

To misrepresent johns as predators is to punish good men, and to criminalize those men means that WOMEN WILL DIE.

Is that what you want?

On 9 July 2014, Chris appeared before the Justice Committee examining Bill C-36, to present evidence that johns are nice and that context kills women. He drew from his two studies: Johns’ Voice and the Sex Safety Security project

“I would like to make it clear that I do not represent any individual, group or organisation. I am here to discuss my empirical research. I have conducted two of the biggest pieces of research of those involved in the buying of consensual adult services.”

In fact, Chris is a ‘well known member of the sex buying community’. In that he arranges ‘Pooner Meetings’, strategizes with the johns, and calls them to action.

In February 2013, Chris and Susan Davis* (‘susi’) began organising a ‘Pooners Meeting‘ for men to discuss what they want from the prostitution of women and how to fight against the Nordic Model.

This meeting took place on 29 April 2013 at SFU Harbor Center, in downtown Vancouver.

‘My Strategy’ ‘It’s not that I have faith in the voting public at all, or in democracy. I am an anarchist’…

‘Members of the sex buying community have to step up and be included if anything is to be done’:

The Nordic Model violates the freedoms of sex buyers

Would you prefer to be represented by John’s Voice, or The Invisible Men project?

Chris’ credentials are two studies called Johns’ Voice and the Sex Safety Security project. In these studies, using a questionnaire, Chris asks 2000+ men who use women in prostitution to indicate whether they consider themselves to be exploitative abusers. Around 2000+ men said ‘nope’.

Just to be sure, Chris personally selects another 50-ish fine patrons to interview. He finds that they also think highly of themselves. You can read the report here.

Once you get accustomed to the neutralized language obscuring who’s doing what to whom in prostitution in his studies (commercial sex partner, people involved in transactional sex etc), Chris’ findings are remarkable.

Not only do men self-report that they are not rapists or misogynists, but they are frequently the victimized party in prostitution. They are ‘economically victimized’ which in john terms means – they do not always get what they paid for.

He reveals: ‘When victimization was experienced it most often (42.9% or n=365) took the form of not receiving services paid for’ Chris doesn’t explain why he considers the term victimization to be appropriate. Especially considering the privileged demographic of his respondents:

‘The men are well-educated with over one-third indicating that they have completed university education at varying levels. Most of them are gainfully employed in a variety of different occupations and earning, on average, more than $60,000 per annum. Like their interview counterparts, the majority of the questionnaire respondents could be classified as ‘experienced’ sex-buyers, with most participants indicating that they had paid for sex 100 times in their life. Overall, the demographic background of both the questionnaire and interview sample could best be described as reflective of the class, ethnic, cultural and political majority in Canada (i.e., middle class, Caucasian, heterosexual and male).’ – p.37 Johns’ Voice Report

Presumably Chris feels that their wealth and status will cast men who hobby in a favorable light. They’re just your average wealthy educated entitled guy (like Chris).

Still, Chris wants us to take male victimization seriously and not diminish these self -reports:

So, if violence exists at all in prostitution – something Chris considers to be entirely dubious, then we all know it is the fault of: contexts; stigma; moralists; feminists (see moralists); legislation; the government; law enforcement, bad luck, and…a tiny minority of wicked rapists masquerading as johns (i.e. they never intended to pay) who will go into predatory overdrive if you don’t stop your moral panic and walk away.

In pretending that men and the women they prostitute are equally positioned and at equal risk of exploitation, Chris hopes to generate a kind of societal Stockholm syndrome. You cannot challenge HIM, without harming HER. Unless you want WOMEN TO DIE.

Why do you want women to die?

What Chris is really getting at, is that when prostitution is regulated, women are better controlled. When women are more easily controlled and men get to hobby in comfort, men will be happier and less compelled to be violent.

If properly regulated and rules of commerce apply, that poor oppressed patron would get his CIM, or receive a satisfactory alternative for his hard-earned dollars and be properly compensated with a discount or a freebie on the house. No violence necessary to get his money’s worth or his money back. Not only that, she would have to pay tax on his donation as is right and proper for someone receiving HIS cash.

Chris wants regulation, because it will benefit men, and the john ‘community’. Chris Atchison is trying to build a political platform for misogynists and rapists.

*Susan Davis is a pro-prostitution lobbyist who promotes johns rights and acts as an advocate for them with media police and local authorities. Erslist.com, a prostitution listings website, pay her monthly for her work. She works hard to promote Chris and his message that johns are victimized in prostitution and that men getting ripped-off – economic exploitation! – is a real issue.

The man thanking her at the bottom of this page is Hatrick, he is John #8 in the Invisible Men Project Canada. His comment to Susi was posted prior to the tabling of Bill C-36, when he thought his hobbying would be decriminalized and even more prolific.